You are here: Home / General / How do you Blind Bake a pie crust?

Blind-baking is essentially pre-baking your pie crust. This will allow your crust to keep its shape and prevent bubbling. It will also help keep the crust from getting soggy if you have a wet pie like a custard.

Preheat your oven to 400 degrees Farenheit.

Follow your pie crust instructions to make the dough and roll it out. Center the pie crust in the pie pan. Trim the crust with a sharp scissor if it has excess dough hanging over the edge. Crimp the edges using your fingers, trying to maintain consistency in size. I found it easier to crimp it around a pen as it was a hard surface and keep the size of each crimp the same.

Crumple a piece of parchment paper before gently placing it into the base of the pie crust. Then, fill up the pie crust with pie weights, dried beans or rice to prevent the crust from bubbling or slumping during the prebake.

If you use dried beans you can reuse them forever. After using the beans I place them in a ziplock bag and mark them as my baking beans so that I don’t accidentally cook with them as they won’t cook well after being baked.

Prebake the pie crust filled with the pie weights (or alternative) for about 15-16 minutes. Then, remove the parchment paper and pie weights. Use a fork to prick holes into the bottom of the crust to allow the bottom to bake.

Place the pie crust back in the oven for the final bake. If you are making a no-bake pie, you will bake it for an additional 12-15 minutes, or until the bottom of the crust is golden brown. If you are adding a filling that will be baked in the oven, you will only need to add another 7-8 minutes baking time.

Check out these Pie Recipes! 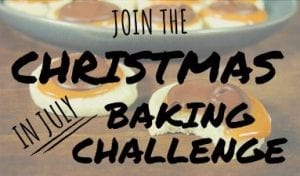 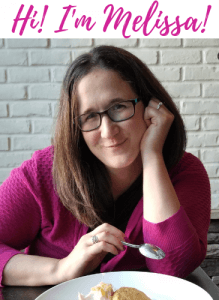 Welcome to Whisking Up Yum!

I am here to inspire you to bake, try new things, and explore the world of baking. Follow along and join me on our baking adventure. Let’s make something irresistible!  Read More…